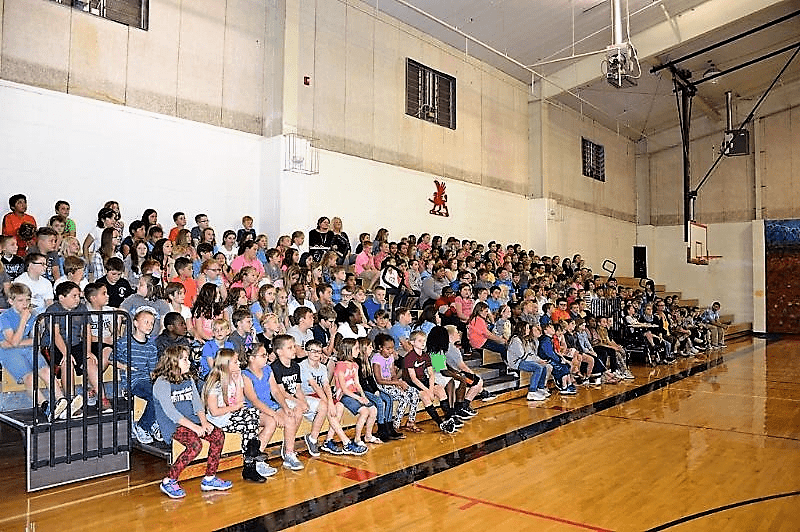 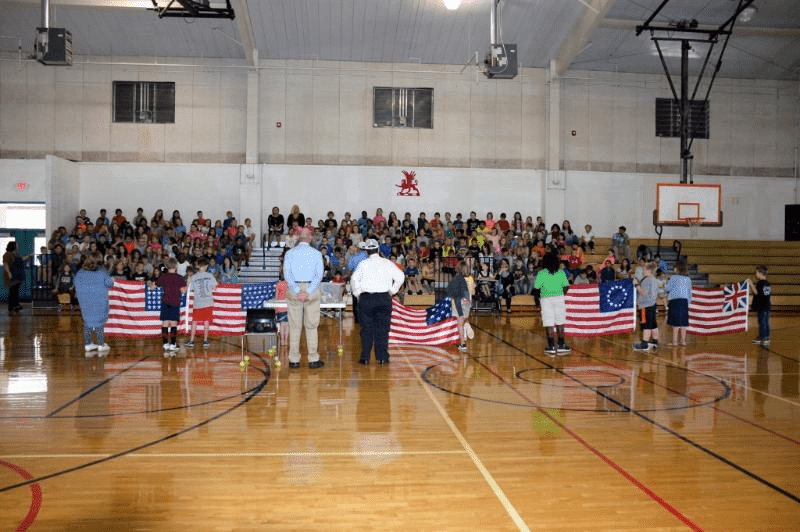 Hurricane Irma’s heavy winds and rains didn’t damage the hearts and minds of over 1,400 4th grade students in the parochial, private and public schools of Rome, Georgia as the Exchange Club of Rome continued their 56th annual tradition of displaying and distributing the American flag. Men and women of the Exchange Club of Rome taught students about the flags that have flown over our nation from time of George Washington’s Grand Union flag until our present flag of 50 stars and 13 stripes. Each presentation gave students the history of the Betsy Ross flag, 13 stars and 13 stripes, the Stars and Stripes flag of 15 stars and 15 stripes that flew over Ft. Mc Henry and inspired our national anthem by Francis Scott Key, the 36 stars and 13 stripes flag that flew over the nation during the Civil War, when President Lincoln refused to believe the nation to be indivisible and insisted the southern states should continue to have their stars on the national emblem. The students were also able to see and hear about the Liberty Flag of 48 stars and 13 stripes that flew over our nation from 1912 until 1959 during World War I, World War II and the Korean War. Students also learned about flag etiquette, proper display of the American flag, proper care of the flag and proper disposal when the flag becomes no longer suitable for display.  Each student was also given their own individual miniature American Flag to display in their rooms at home.