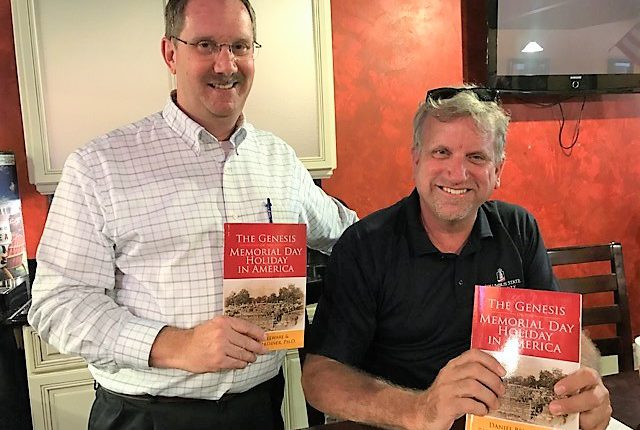 How did Memorial Day come about?  The Exchange Club of Columbus heard from  Daniel Bellware and Richard Gardiner, PH.D. who researched the history of Memorial Day and published a book in 2014 titled, The Genesis of Memorial Day Holiday in the United States.  According to the Veteran’s Administration, at least 25 cities across America claim to have originated the Memorial Day holiday. As a result, numerous historians feel that the true history may never be known. Their book rejects that claim and explores the factual history of the holiday and shows that most of the better-known stories are mere myths. Their years of painstaking research reveal a story that was well known for decades but lost in a proliferation of local legends in the late 19th and early 20th centuries. Want to know more? – read this fascinating book.