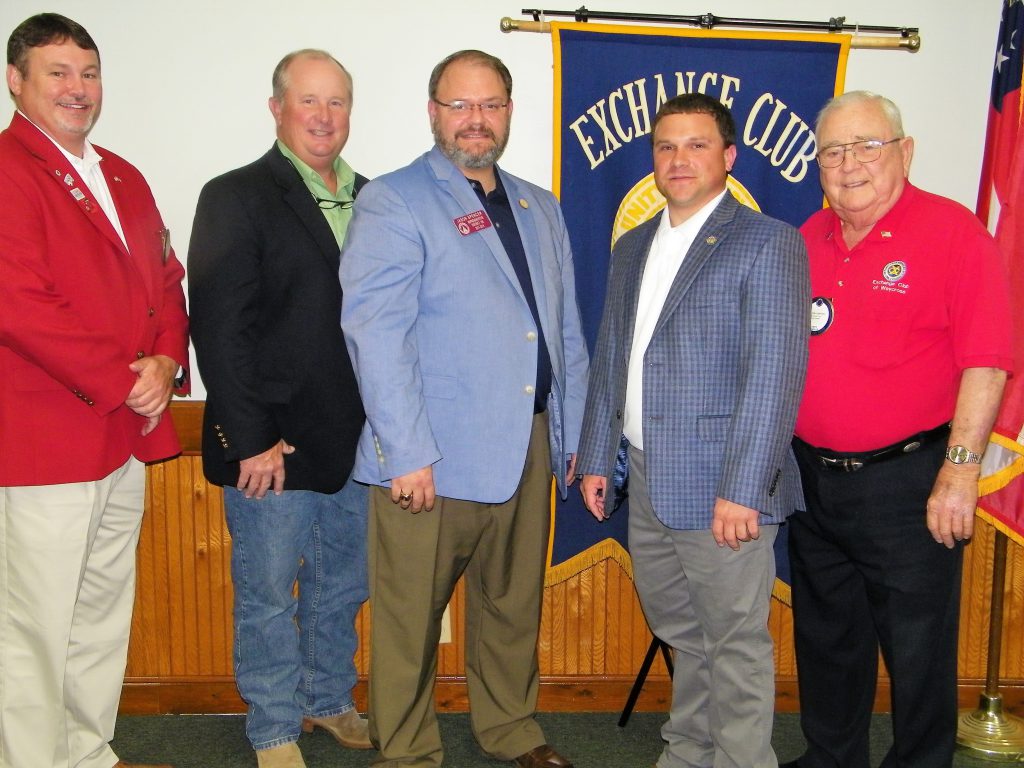 The Exchange Club of Waycross educated themselves by welcoming their legislative delegation to their meeting.  The Exchangites first heard from Representative John Corbitt speaking on money matters. Georgia’s budget this year is $22.6 billion, a 1.7% increase but still less than the budget 17 years ago.  85% of State spending is for education, 1.2 billion.  Representative Jason Spencer stated they are developing comprehensive plan on use of broadband on public lands to rural parts of state. Also, they are starting to place cell towers in rural areas. Senator Tyler Harper said he has moved to Natural Resource and Environment Committee and Vice-Chairman on Public Safety Committee. Look at developing Rape Centers. He said a Space Port in Camden looks good as rockets will be getting smaller and more powerful. This Exchange Club believes in keeping themselves better informed so they are prepared to meet the needs of their community.