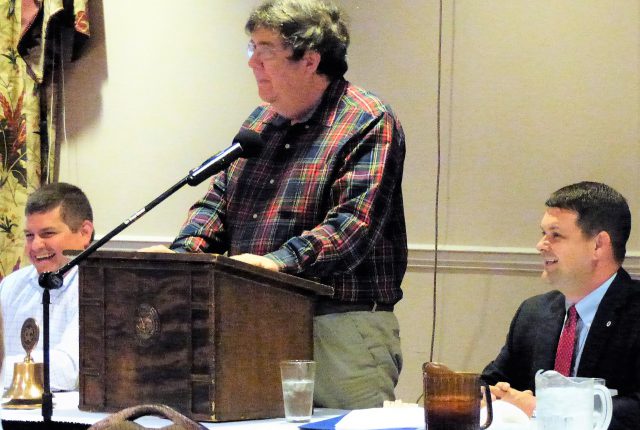 The Exchange Club of Dublin was pleased to have Scott Thompson; a local attorney and former longtime President of the Dublin-Laurens Historical society speak to their club.. Scott spoke about eight men that had ties to Dublin-Laurens County and the opportunity that each was given to become a success. Notable baseball players, boxers, ministers, and even a physicist were on the list of men he spoke about to the club.