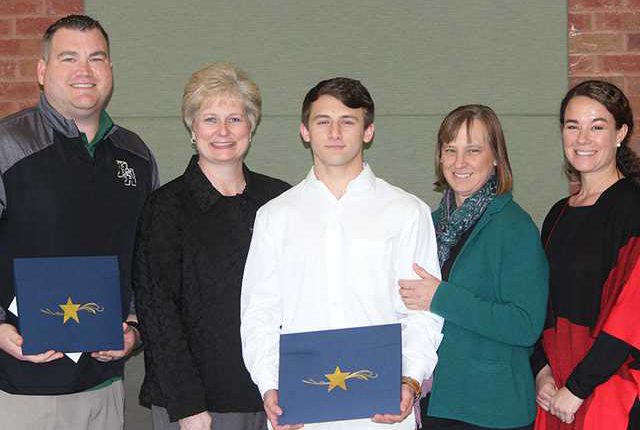 Georgia’s Region 8 Student Teacher Achievement Recognition (STAR) student and teacher were announced at a luncheon hosted in part by the Exchange Club of Statesboro.  Selected from students in a 16 county region was Bulloch Academy senior Kyle Samuels was announced as the STAR Student winner.  He selected his wrestling coach and health teacher Andy Tomlin as his STAR Teacher.  The STAR Student is selected based on the highest SAT scores and highest grade point average at the time of the judging.  He plans to attend the Air Force Academy when he graduates which makes sense since he has been flying with his father since he could see over the steering wheel according to his mother.  The STAR Student program is just one of the many youth programs sponsored by the Exchange Club of Statesboro.