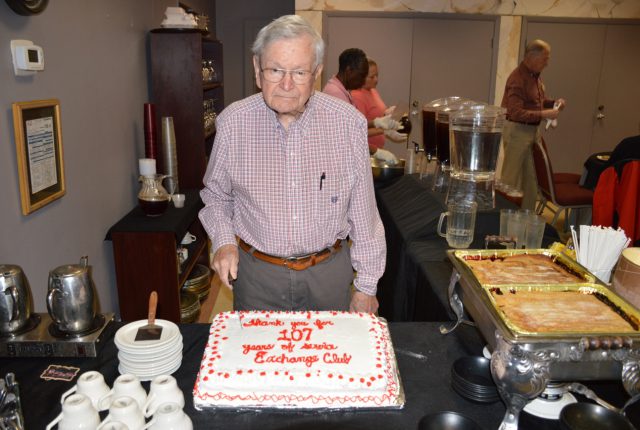 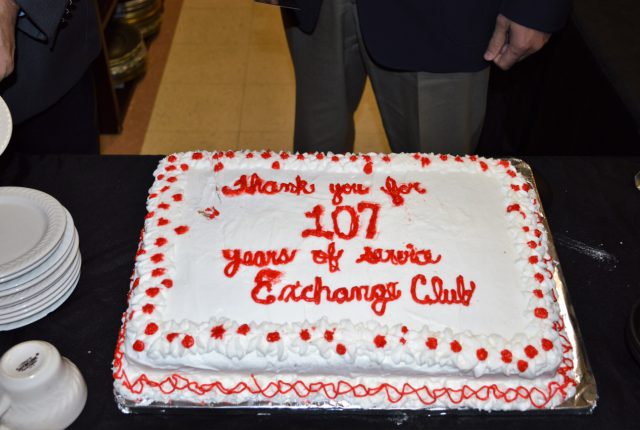 It was celebration day at the Exchange Club of Rome as the club honored the 107th anniversary of the founding of America’s Service Club, Exchange.  Doing the honors for the Rome Club was one of their most senior members 90 year old Paul Smith who has been a member of the club for almost 64 years.  The Rome club will mark their own 82nd Anniversary of founding in July.