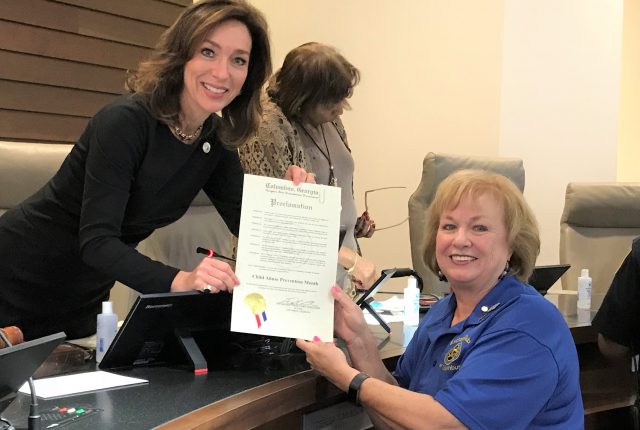 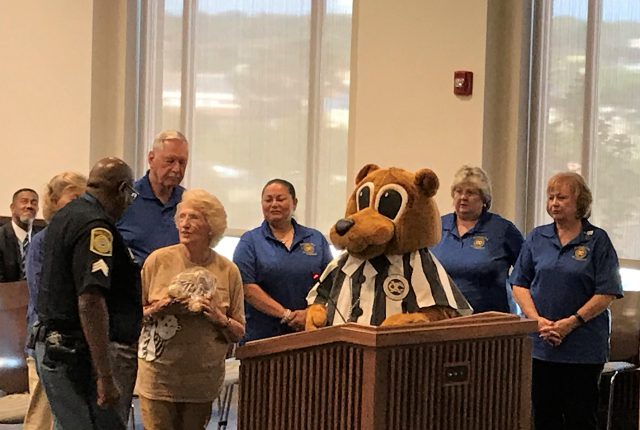 The Exchange Club of Columbus kicked off National Child Abuse Prevention Month in a big way.  First, Peggy Lambert, President of the Exchange Club of Columbus was presented with a Proclamation from Mayor Teresa Tomlinson recognizing April as Child Abuse Prevention Month. Then, the club’s CAP Chair, Margarete Koepfer presented a supply of Time Out Teddies to the Columbus Police Department. She asked that the Department carry these in their patrol cars and give to children who are involved in their cases and that hopefully the teddies will give some comfort. Time Out Teddy, the “Spokes-Bear” of  National Exchange’s Child Abuse Prevention Program was present and played with kids before the ceremony and then hob-nobbed with the Mayor and Council Members.