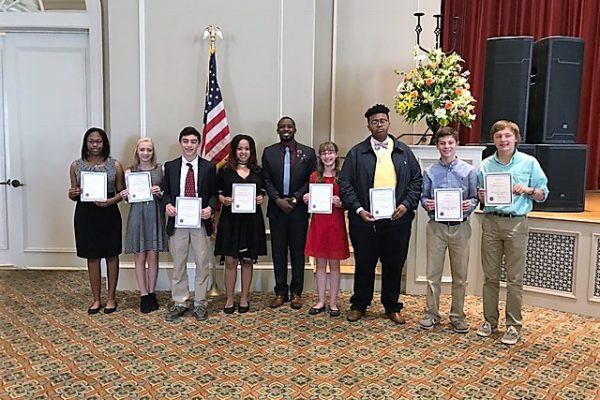 On Thursday March 2nd, the Exchange Club of Columbus awarded Youth Citizenship awards to students from eight local middle schools. Each student was introduced by their principal or teacher. What a remarkable group of future leaders! Prior to the students receiving their awards, Mr. Stefan Lawrence, the 2016-2017 Muscogee Country School District Teacher of the Year, spoke to the group on the Role of Citizenship. Mr. Lawrence, an English teacher at Carver High School spoke about how a citizen must know that daily democracy cannot operate without daily citizenship. He talked about the characteristics of citizenship such as attitude, courtesy, academics, truthseeking, leadership and doing the right thing even when no one is looking. He congratulated all the students on this special recognition. Each student received a certificate and a Barnes and Noble gift certificate.