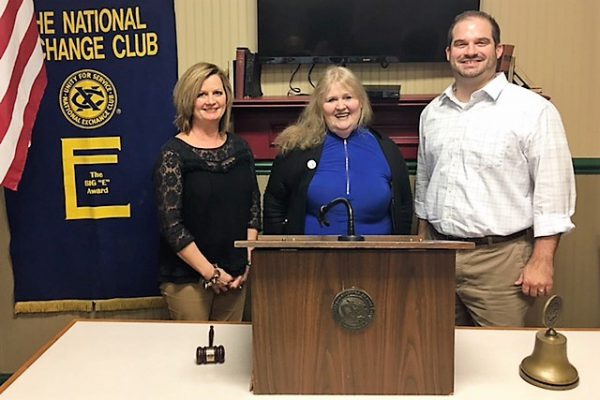 Using the founding father’s own words, Georgia District Exchange Club Vice President Mittie Vaughan makes a case to the Exchange Club of Blackshear that America was founded on Christian principles by Christians, beginning with Columbus’ discovery of America and the establishment of the first colonies by the French Huguenots at Fort Caroline near what is now Jacksonville, FL, and by the English at Plymouth Rock. In “America’s Is A Godly Heritage,” Ms. Vaughan tells of incidents leading up to the separation with Great Britain, the writing of the Declaration of Independence, the fighting of the American Revolution and the writing of the U.S. Constitution. She concludes by using the founding father’s own words to encourage Americans to elect Christians to public office, to rear their children in the fear and admonition of the Lord and to make it a practice to read and study the scriptures daily. Ms. Vaughn is also a member of the Blackshear Exchange Club.