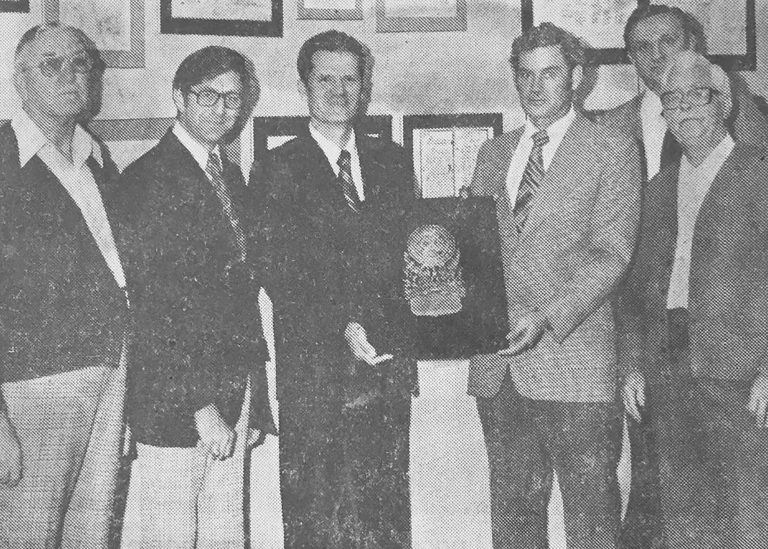 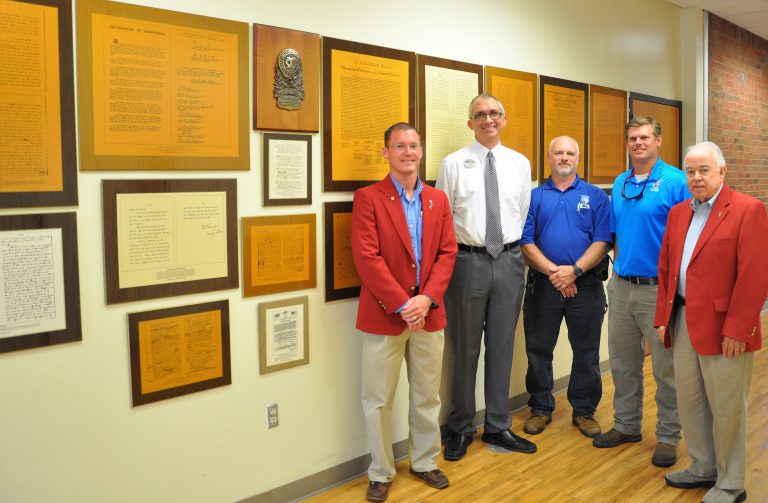 The Exchange Club of Waycross and South Georgia State College’s Waycross Campus held a rededication ceremony recently for a Freedom Shrine that was initially installed over 40 years ago. Exchange Club of Waycross President Michael Ray and Club Treasurer Bill Deason attended the ceremony with SGSC Waycross Campus Director Taylor Hereford, Director of Facilities Daniel Warren, and Physical Plant Coordinator Robbie Hart. “The Freedom Shrine provides such an incredible lens into the history of our nation,” said Hereford. “It’s exciting to join the Exchange Club of Waycross in rededicating the Waycross Campus Freedom Shrine so that our students may view so many important historical documents.” The Freedom Shrine was installed in the former Waycross Junior College Administrative Building in November 1976 and was removed in 2009 when the building underwent extensive renovations. The Freedom Shrine can now be seen inside the Waycross Campus Educational Building. A project of Exchange Clubs around the country, the Freedom Shrine is a display of various documents of American history. Documents included in the display are copies of the Declaration of Independence, the Constitution, the Mayflower Compact, the Gettysburg Address, and Robert E. Lee’s accepting the Presidency of Washington College. Also included are copies of the German Instrument of Surrender of World War II, McAuliffe’s Christmas message of 1944 to the 101st Airborne Division, the Northwest Ordinance, the Treaty of Paris of 1783 recognizing the independence of the United States, George Washington’s first inaugural address, Thomas Jefferson’s first inaugural address, and many others.