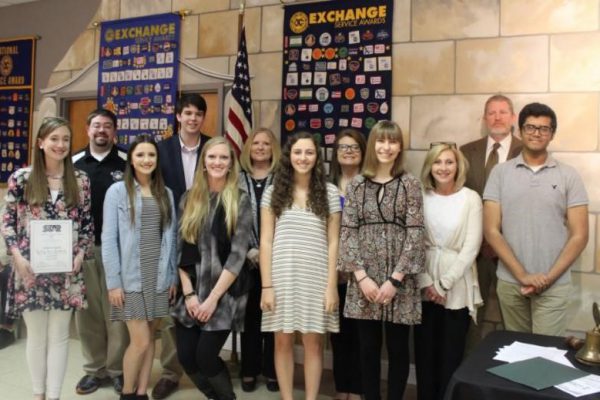 The Star Students of Rome and Floyd County were honored at the Exchange Club of Rome.  The program held in cooperation with the Greater Rome Chamber of Commerce honors students were chosen because they have the highest SAT scores at their schools and are in the top 10 percent of their class. STAR students also are asked to choose a STAR teacher who most influenced them in their school career.  Two of these students will go on to the regional level later this month.

Rowland and Daniel from Coosa High will be the county representatives, and Liu and Marshall from Darlington were selected as the city and private school representatives.