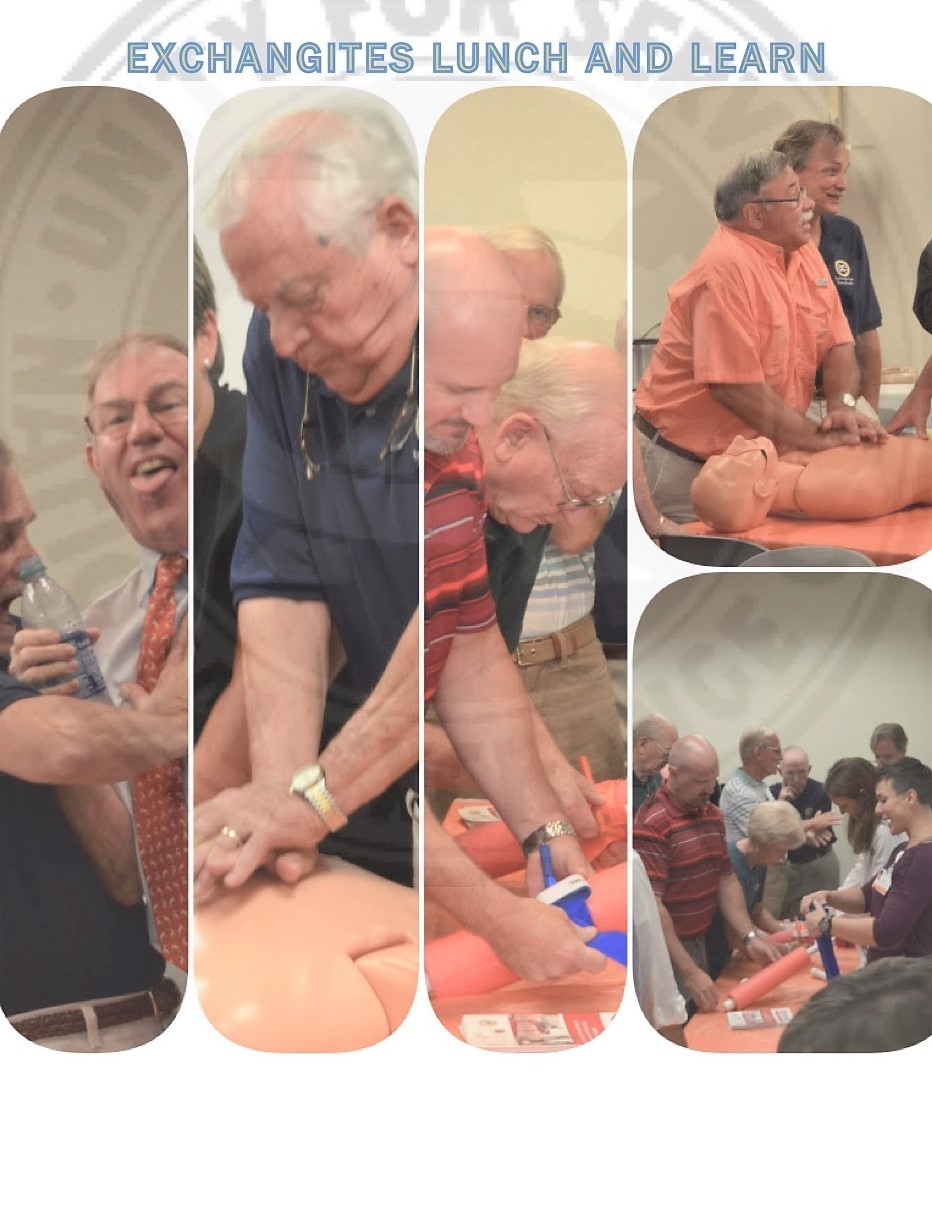 Members of the Exchange Club of Savannah were hands on for  a “Lunch and Learn” at their meeting.  Their lunch was at Memorial Hospital and the learn was life saving through CPR and methods of stopping bleeding.  The Exchangites learned that hands only CPR is the best and most effective measure. What’s the right rate for CPR?  They were told to just think of the song “Staying Alive” and they would be in the right rhythm.  Also, as part of the “Stop The Bleed” campaign, the members learned that 30% of the children that died in 2012 at the Sandy Hook Elementary School shooting would have survived if pressure had been applied to their wounds.  They now know that “Doing SOMETHING is better than doing nothing.”