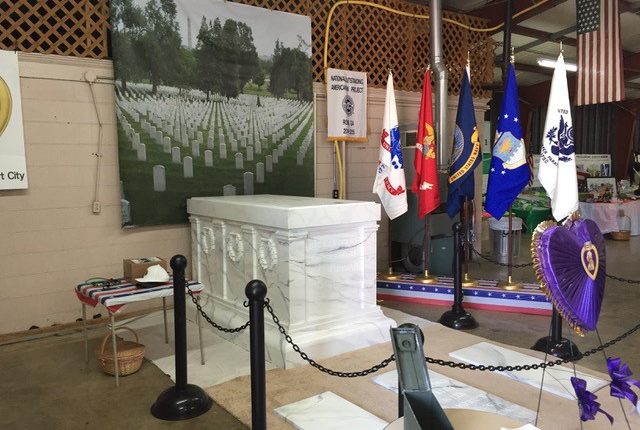 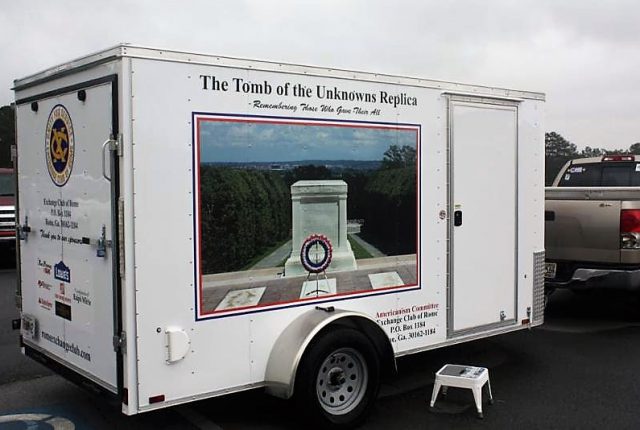 When the Americanism Committee of the Exchange Club of Rome conceived the project of creating a 1/2 size replica of the Tomb of the Unknown Soldier in Arlington National Cemetery, they thought it would be popular but they never dreamed the requests from school groups and others would be so great.  To be able to transport this educational exhibit and be able to teach about the significance of this memorial to those who have made the ultimate sacrifice for our country, the club has now acquired a specially outfitted trailer to move the exhibit.  While this American Exhibit has already been displayed in three cities in Georgia and Florida, seven dates are already booked for the next few months that include school settings, the Georgia District Exchange Convention, the National Exchange Convention,and a special invitation from the Rotary International Convention to be held in Atlanta.