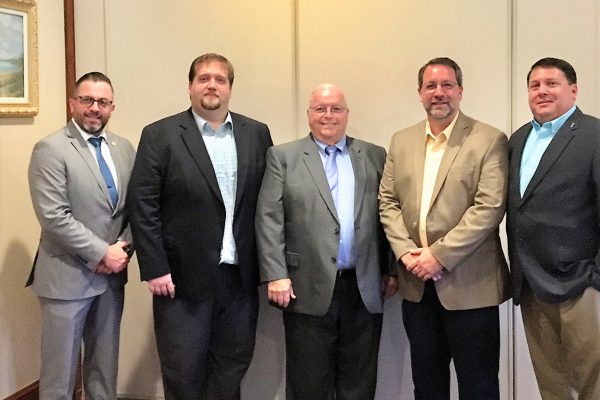 The Exchange club of Brunswick held their officers and board of Directors installation banquet at the Brunswick country club. The new officers and directors were sworn in by the Honorable Judge Stephen Kelly, he instructed each with their duties. Pictured from left to right Chris Thorpe immediate past president, George Barnhill Vice president, Mac Burgess secretary/treasurer, Kevin Higgins President elect, and Gary Wise president 2017-2018 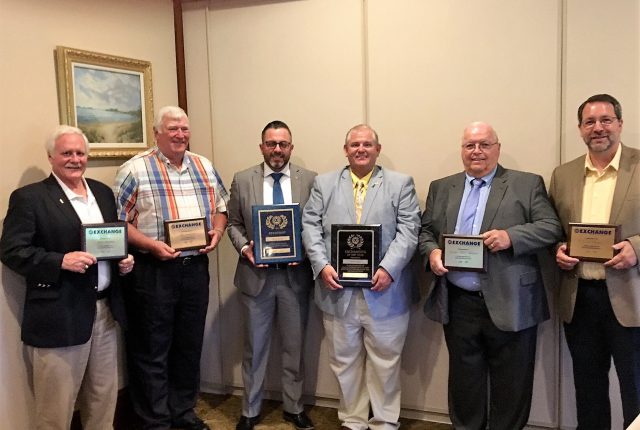 Also, the club acknowledged the outstanding service of a number of its members. Plaques were presented to  Steven Floyd as the Exchangite of the year, and Chris Thorpe was honored for his year of service as the president of the club 2016-2017.  Pictured from left to right John Howton, Jim Seymour, Chris Thorpe, Steven Floyd, Mac Burgess and Kevin Higgins