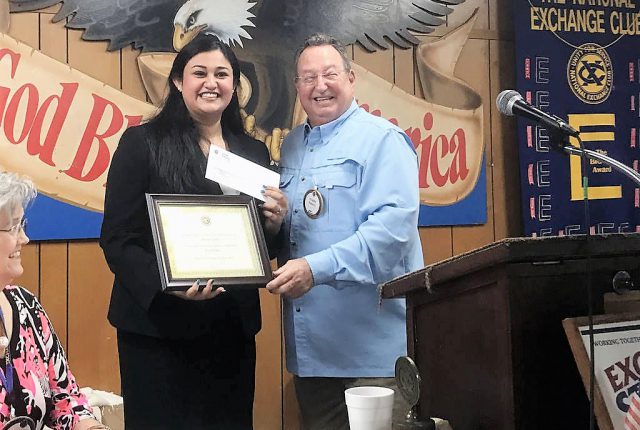 Meenal Joshi, a senior at Deerfield-Windsor School, won the Exchange Club of Albany Patriotic Speech Contest, earning a scholarship for $500 and a chance to compete for the Georgia District Exchange Club $1500 scholarship in Valdosta on June 3.  Joshi’s gave a speech titled, “Pokémon, Pokewoman and the Freedom Game.” She used the imagery of the 21st century Pokémon game to take her audience from 1776 through the signing of the U.S. Constitution, the Seneca Falls Women’s Right Conference, the Civil War, the passage of the 19th Amendment to the 2016 presidential election.