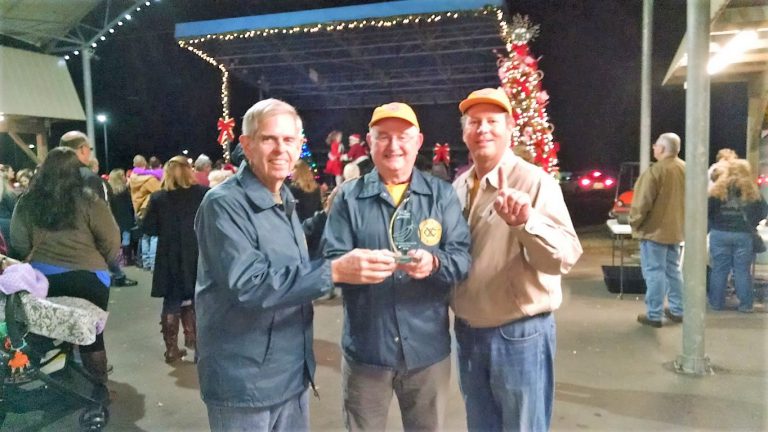 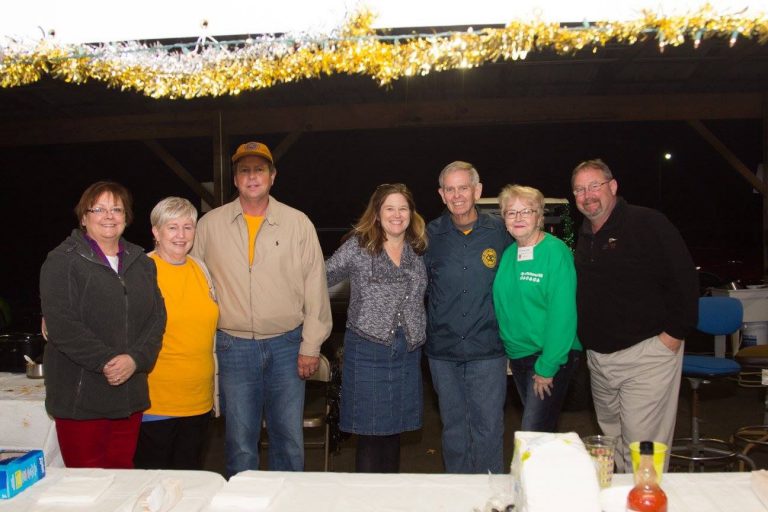 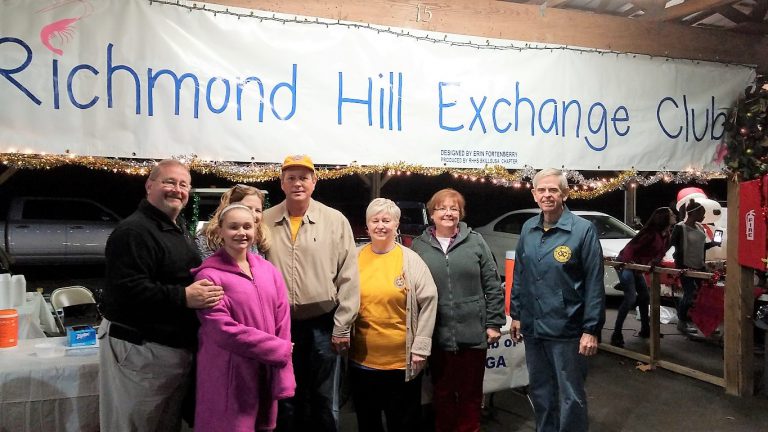 The Exchange Club of Richmond Hill not only served up gallon after gallon of chili, they also brought home the trophy for the Best of the Best…the GRAND PRIZE!

Due to Hurricane Matthew, the Great Ogeechee Seafood Festival was cancelled in October, 2016. The Richmond Hill Exchange Club has had a food booth in the festival every year for the past sixteen years, and it has always been one of our most dependable sources of funds for our various community service projects. Following the cancellation of the festival, we started looking for other potential fund-raising projects to replace the loss of income that the festival cancellation represented. We had a booth in the Annual Chili Cook-Off on Friday night, Dec. 2. Thanks for all the hard work of our members, and the donation of 7 gallons of great chili, plus all the decorations, and other items, we were able to have a very successful event. One of our former presidents, Bob Whitmarsh, donated a gallon of his famous chili, which won the first place award for our club. We made several hundred dollars, had a lot of fun, and also got a lot of public exposure as a result. We’re looking forward to the 2017 Seafood Festival (hopefully hurricane-free), and the 2017 Chili Cook-Off.