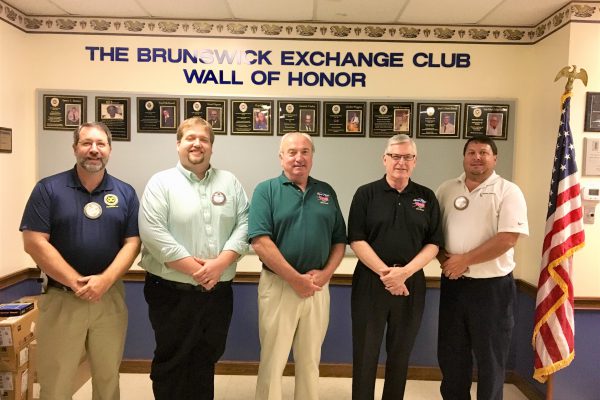 The Exchange club of Brunswick welcomed flight leaders from Coastal Georgia Honor Flight. Mr. Dave Orlender U.S. Army veteran and Mark Beaudry U.S. Air force veteran and 2018 flight leader explained about The Coastal Georgia Honor Flight that has been established to honor our community’s veterans for all of their sacrifices. Their mission is to fly heroes via private, chartered airliner, from Coastal Georgia (Camden, Glynn, McIntosh counties and others as space is available), to Washington, D.C. so that they may reflect at their national memorials. Priority is given to World War II veterans then Korean and Vietnam War survivors. Veterans who are terminally ill, from any conflict, get top priority. Our heroes will travel absolutely free. Sites visited during the one day trip include the World War II, Korean and Vietnam Memorials, the Lincoln Memorial, Arlington National Cemetery, including the famous Changing of the Guard Ceremony, the Marine Corps (Iwo Jima), Air Force and Navy Memorials as time permits.