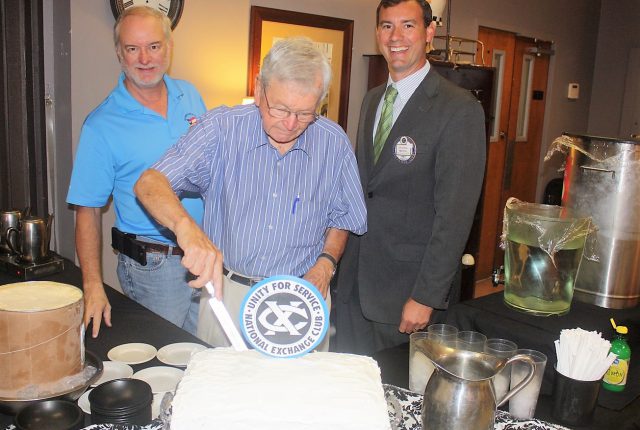 It was celebration time at the Exchange Club of Rome as they celebrated the club’s 81st birthday at their meeting on July 7th.  It was July 9, 1936 that the club was charter by National Exchange and today they are the second largest club in the United States and the largest club in the Georgia District.  Doing the honor of cutting the cake was Paul Smith, a very active member of the Rome Club for 63 years.  Assisting were (L) Club President Charles Long and (R) Club President-Elect Charles Norris.